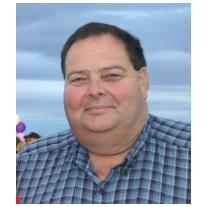 Darryl graduated from Williams High School and then completed trade school, specializing in Ag Mechanics. He worked as a mechanic and service manager for Ambac Equipment Company (later becoming Bianchi Ag Services, LLC) for 27 years. He was a board member with the Williams Community Church and formerly served as a Deacon with the First Baptist Church in Colusa. Darryl enjoyed fishing, hunting, and woodworking with his son, Josh, and was known as a master craftsman.

Darryl was a devoted husband and father. He will be greatly missed, but his family will cherish the memories of being together with him and will hold him dear in their hearts.

Memorial contributions may be made in Darryl’s name to the Williams Community Church Memorial Fund.

Arrangements are under the direction of McNary-Moore Funeral Service.

“Let Them Play” Colusa County athletes unite to rally for...